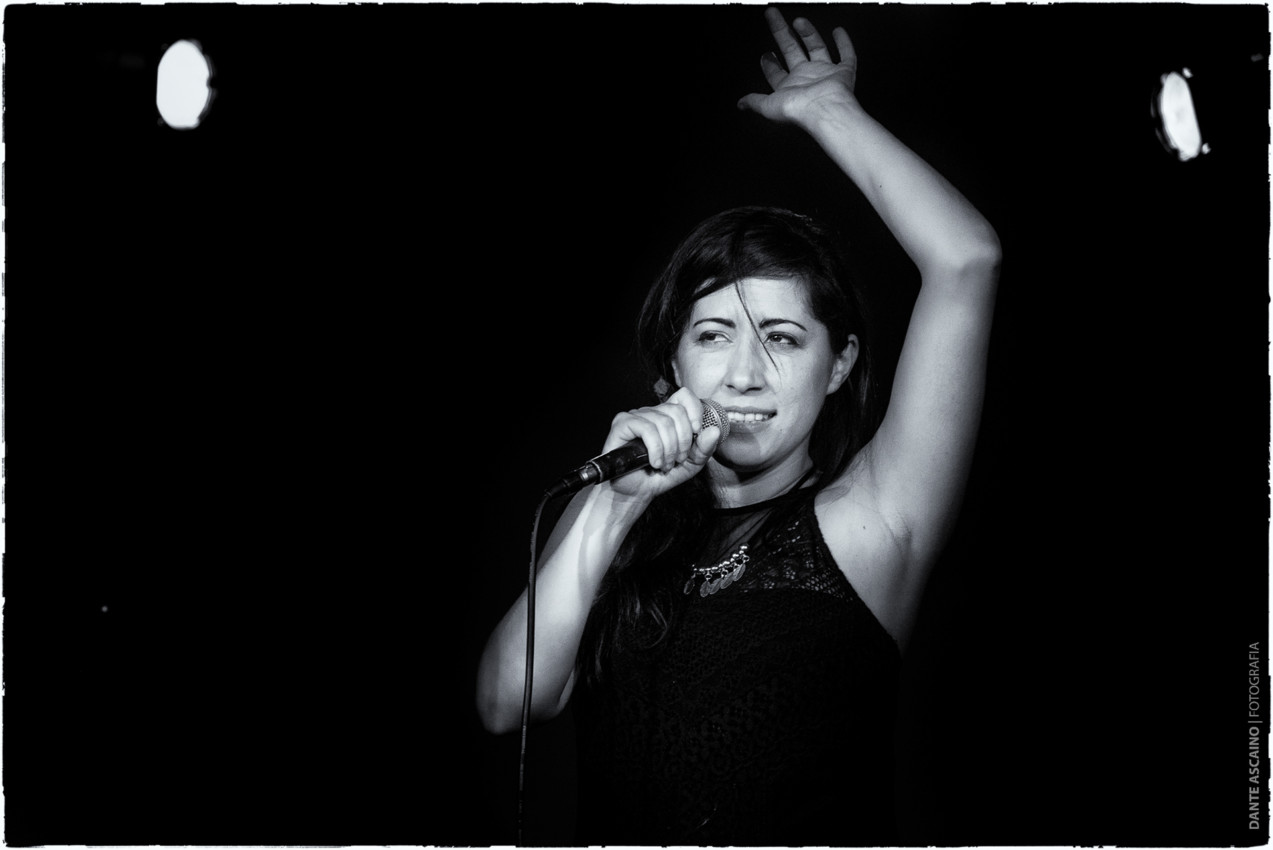 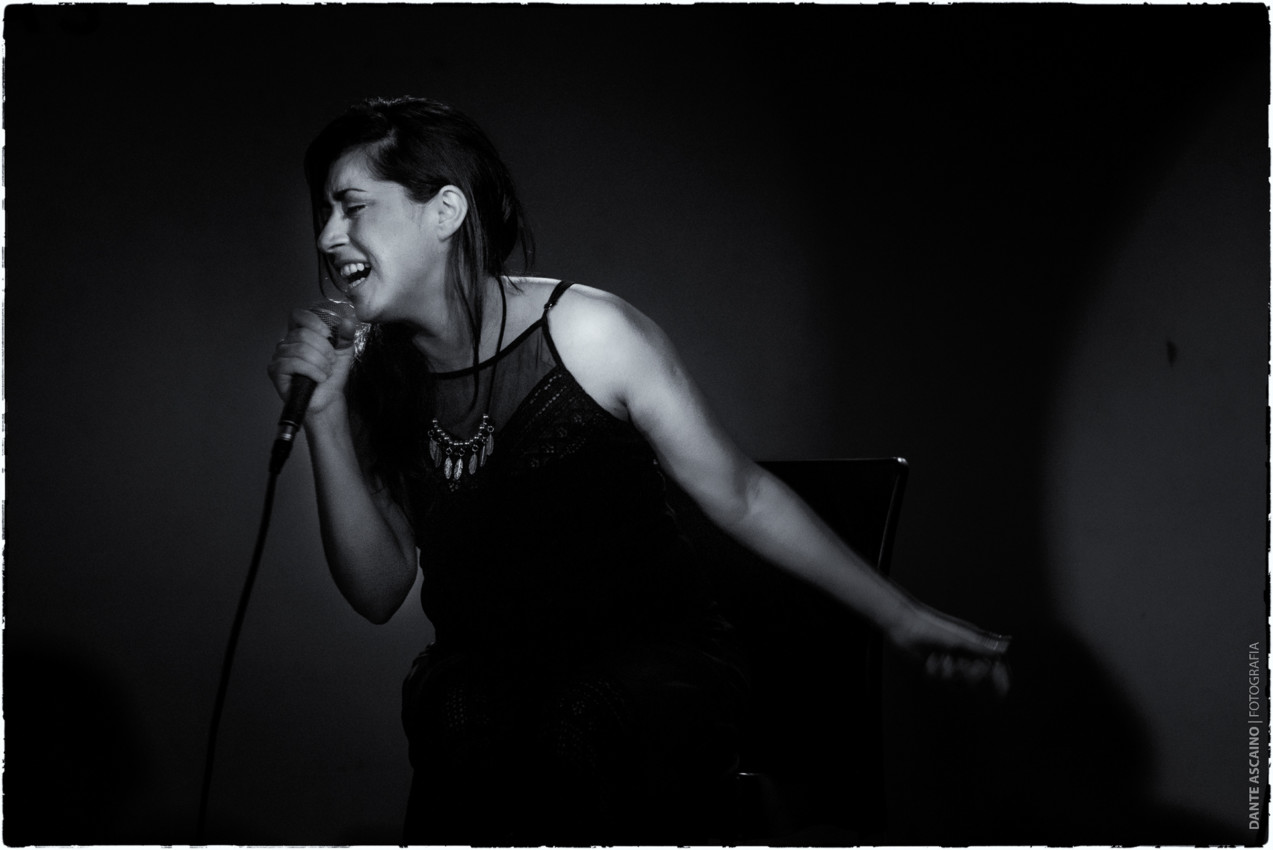 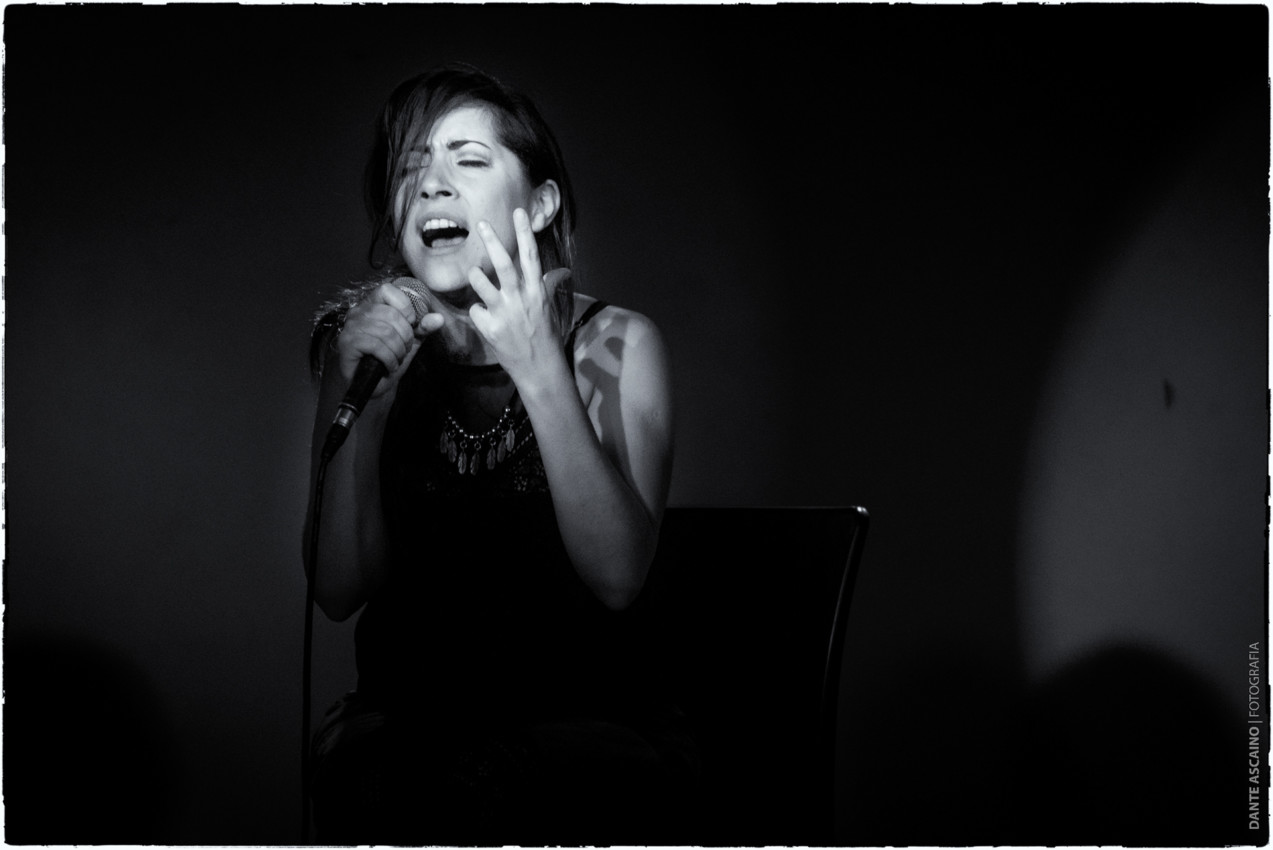 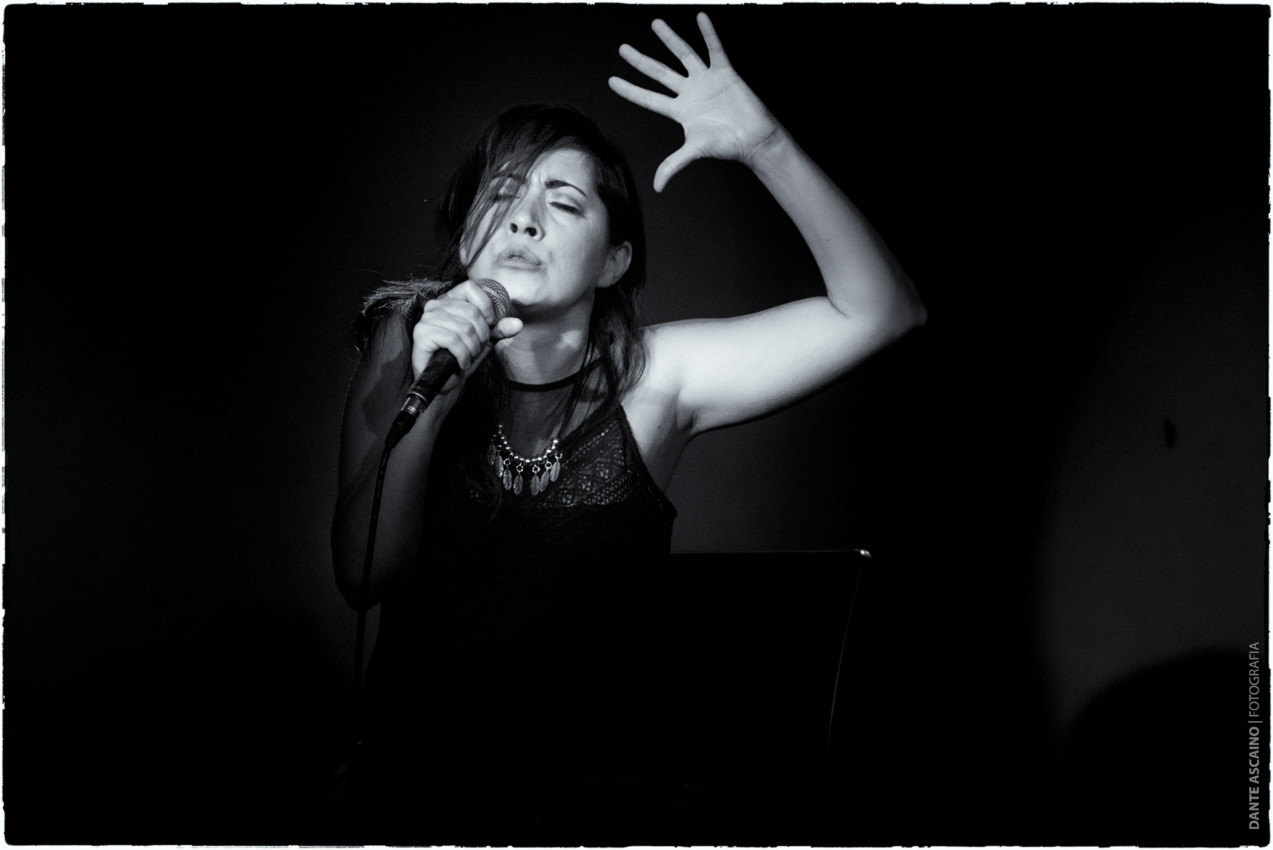 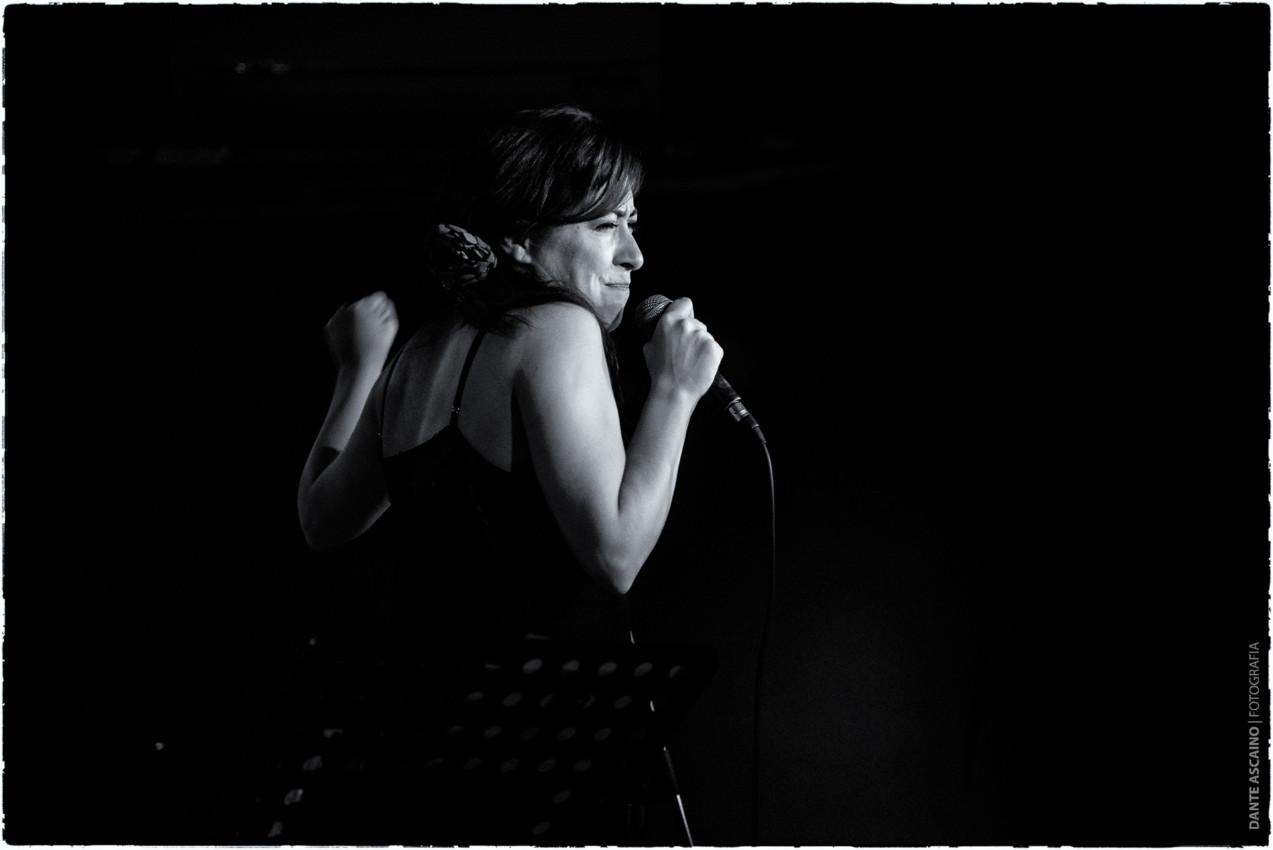 Singer, actress, voice professor, producer and ventriloquist, Noelia Moncada is considered to be one of the most distinguished performers of her generation. Her voice balances technique and expressivity, warmth and emotion. Recently at the Teatro Colón de Buenos Aires she took the lead role in María de Buenos Aires, the operetta by Astor Piazzolla and Horacio Ferrer for the closing night of the Buenos Aires Tango Festival, along with the Orquesta de la Fundación Piazzolla directed by Julián Vat.

She has shared the stage with great artists such as Horacio Ferrer, Raúl Garello, Leopoldo Federico, Néstor Marconi, Juanjo Domínguez, Julio Pane, Julio Bocca and Daniel Rabinovich, among others.

From the city of Rosario, she moved to Buenos Aires at a very young age to find her calling in music and found the answer in tango. After an enriching experience as a street artist on Calle Florida and in the Recoleta neighbourhood, she won the Cosquín and the Hugo del Carril competitions.  She sang with the Orquesta de la Ciudad de Buenos Aires and with the Orquesta Escuela de Tango Emilio Balcarce.  With the latter she made her debut at the Teatro Colón (2002 Buenos Aires Tango Festival).

With Raúl Garello she presented a moving concert series at the Club del Vino and an important concert at Luna Park, on the 25th anniversary of the “Música en la Ciudad” series organized by the guild of newspaper and magazine distributors. She participated in Garello’s album “Tocata para sexteto.”

In 2004 for the first time she took the lead role in “María de Buenos Aires” at the Long Beach Opera in Los Angeles, with scenery and direction by John Lloyd Davis. That same year she was nominated for the Premios Clarín.

She was part of an extensive worldwide farewell tour for the celebrated ballet dancer Julio Bocca with the Compañía Bocca Tango throughout the United States, Central America and Europe. Notable performances included a two-week run at the Casino de Paris and the unforgettable farewell on 9 de Julio Avenue in front of over 200,000 people.

In 2006 she caused a sensation at the Teatro Maipo with the show “El tango y la sombra,” a musical she wrote in which she sang and also danced tango.

From 2006 to 2010 she was in the Orquesta El Arranque with which she toured Japan and gave concerts in the Buenos Aires Tango Festival, the Theatre National de Chaillot in Paris (2006) and the Auditorium Parco della Musica in Rome (2006 and 2008). With El Arranque she recorded her second CD “A tiempo” (Epsa Music), produced by Ignacio Varchausky and with arrangements by Diego Schissi.

In March of 2011 she once again took the lead role in “María de Buenos Aires” for the 90th anniversary of the birth of Astor Piazzolla at the Teatro Municipal Colón in Mar del Plata with the Fundación Piazzolla Quintet led by Julián Vat.

In 2012 she released her third solo CD “Marioneta,” with arrangements by the pianist Octavio Brunetti and with special guest Daniel Rabinovich, founding member of the legendary comedy group “Les Luthiers.”  The album was nominated for the Premios Carlos Gardel for Best Female Tango Singer. That same year, her work was recognized in Los Premios magazine.

She gave important concerts with the guitarist Luis Borda in Munich, where she was based for two years. Upon her return she released her new album “Llorarás,” accompanied by the Orquesta Victoria, with arrangements by Alejandro Drago. She toured with the Orquesta Victoria through Chile, Austria, and Germany.

In 2016 she made a live recording with the pianist Matías Álvarez for the album “Un momento,” which she presented in 2017 in the chamber hall at La Usina del Arte.

For a little over a year she’s been playing and reinventing herself in “Encanto Negra,” an artistic experience that surprises us once again, through its investigation into the beginnings of tango, finding its connections with other types of Latin American music from the same roots. This show was recorded live in the main hall of the Usina del Arte to a full house on August 30th 2018.